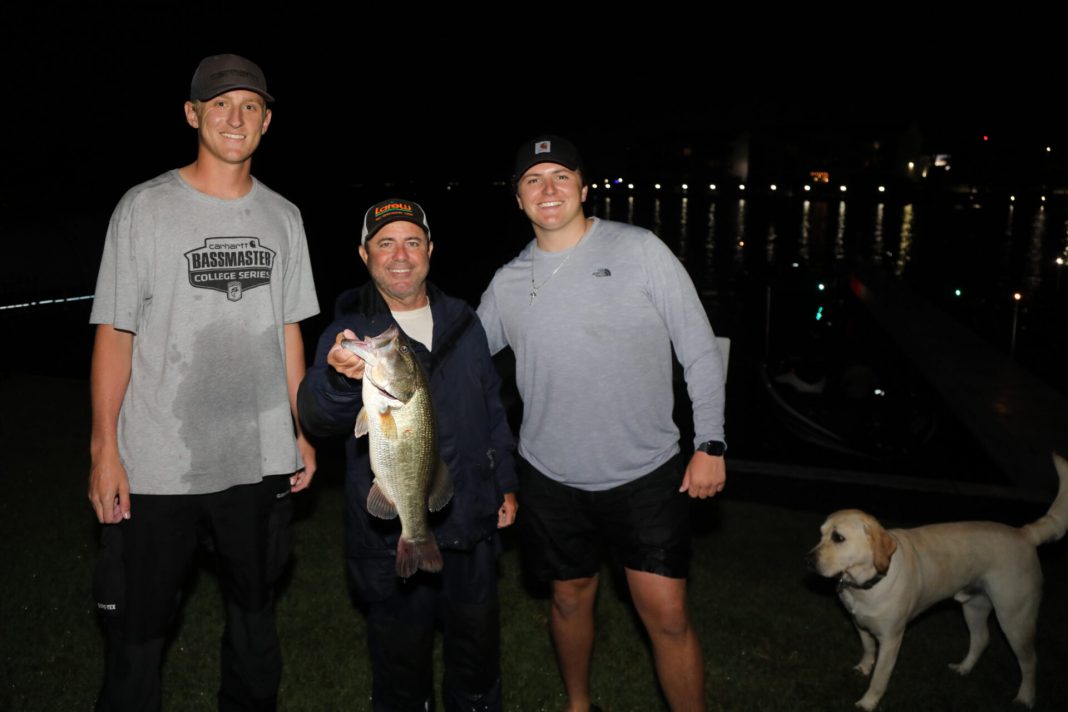 Back in the Boat Fishing – Tuesday Night Tournament

Back in the Boat Fishing – Tuesday Night Tournament

Today I went out in the boat on Lake Conroe.   It was a beautiful day to fish.  The temperature was in the 70’s and a nice breeze was blowing.  I could fish all day in this weather.  I have not been fishing that much lately, so I decided today was the day I would try to locate some fish.  The first few spots I went to when I started were not good. The blue herons were sitting around watching me to see if I was going to catch something.   Not at that spot.  Maybe I am just throwing the wrong bait.   I knew the fish were around, I just had to find them and give them something appetizing to eat.

I came up to a brush pile then changed the bait I had been using and bam.  Caught one.  It was about 3 pounds.  I moved to another location and caught another small one.  I went to a few more places trying to find them and nothing.  It was time to go put some gas in the boat.  Good thing I got there when I did because I didn’t realize I was running on fumes.  I headed back home to take a break.

Several hours later I decided I was going to go back out again.   I was catching fish and it was a great day to be on the water.   Not many boats were on the lake.  Soon after I left I had a nice big bass on.  I caught this one on a Carolina rig.  It was approximately 6 or 7 pounds, not sure because I didn’t have my scale.   Fished till dark.  Caught a few more but they were all smalls.  The big one got me fired me up.

Parker called me last week and asked if I would fish with him and I told him no because I had not been on the lake and didn’t know where the fish were.  This time I said, “Yes” because I went out and found some pretty nice fish and felt confident to go ahead and invest my money and give it my best.

There were 37 teams fishing tonight.  It was raining super hard when we got to the take-off, so  were delayed 45 minutes.  Even though we drew number 5, it didn’t help us because it was a shotgun start since we were late taking off.   We were one of the last boats to leave.  Since we were delayed everyone had the same weigh in time, which was 9 p.m.  There were 37 teams fishing in the Tuesday Night Tournament on Lake Conroe.

It rained on us for the first hour of the tournament.  At least it slowed down because when we arrived it was coming down in heavy sheets and drifting across the water.  Parker’s dog, Chance was on board and he was getting wet as well.  My mom told us he would be the good luck charm for tonight.  We arrived at the first spot and Parker caught a little one.  Then he hooked another fish and it hung him up and broke him off in a brush pile.

We were going down the bank when Parker set the hook, the drag was loose, causing it to slip and the fished jumped twice.  When he was pulling it in the net it jumped and threw the hook and the head was coming out of the net.  I said, “Where do you think you are going?” and scooped it back in the net.  Parker put him in the live well.  We kept fishing and going down the bank.  We caught some 2-3 pounders.  Culling along the way.

I was throwing a Texas rig and a fish thumped it hard and my eyes got big.  I knew I had a “Big One”.  It jumped twice.  I said, “Big One, Big One!”  Parker netted it.  I got it in the boat and we high fived.  It was a 6 pounder.  We culled another fish.

I was fishing and got hung up on the bank.  While I was busy shaking it off and getting it unhung Parker was throwing a crankbait.  He caught a 3 pounder and we culled our last fish.  We felt we had a great day of fishing even though we were cut short 45 minutes by the delay.

We proudly pulled our fish out of the well and were excited to get in line to see what we had in our bag.  We raced up the hill with Chance tagging along wagging his tail.  I think he was proud of the fish we had in our bag.  There were several anglers and captains from Montgomery High School competing at this tournament.  We got to the scales and we couldn’t decide which one of our big fish was the largest so we weighed both of them.  I caught one and so did Parker.  My fish weighed 6-11.  It was nice size but it was not the big fish for the night.  There were two different guys that had 9 pounders.  They put our 3 fish on the scale and the total weight was  15.55.  That was a good bag, but there were still anglers in line so we had to wait to see the final outcome.  Then another team came up, they pulled a beast out of their bag.  It weighed 9-40 pounds.  We waited anxiously to see how much his total bag weight was.  Luckily it was less than ours.  I was scared when another guy pulled out 2 six pounders and was worried the third fish was going to be a 4 pounder.  Thank goodness it was a 2 pounder.  We talked to Mr. Clepper as we waited.  They announced all the winners and then they called out our names and we won first place.  Parker and I caught fish on every spot.  It was so much fun and I am glad I fished.  THROW IT OUT, POP IT IN, FISH ON!