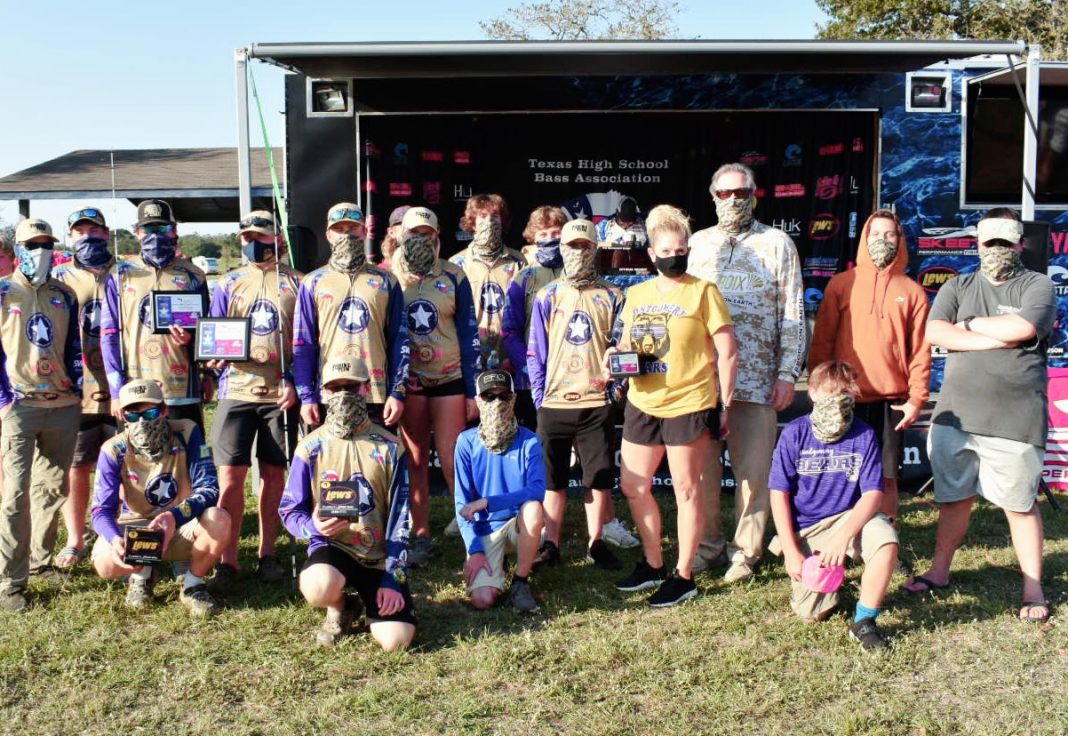 The MISD Fishing Team turned in a “Stellar Performance” at Lake Somerville this past Saturday.  The combined squad of 40 Teams from both Lake Creek & Montgomery High Schools, converged on Lake Somerville with two things in mind.  Number one, win the Texas High School Bass Association Houston Division Conference Tournament over the other 23 Houston Area High Schools.  Secondly, extending their lead in the conference, with hopes of winning an unprecedented Sixth Conference Title in 7 years.

The stage was set for a good tournament for the 24 High School Programs, with their 144 Individual Teams.  For a change the weather was good, and confidence was high amongst the Teams.

Once again leading the way for MISD were Fallon Clepper and Wyatt Ford.  These rising stars, and current Anglers of the Year for the Houston Division, smashed the competition with a 5 bass limit for 19.57 pounds, and winning the Individual Team First Place by over 3 pounds.  Their Captain, and “Local Legend” Julian Clepper indicated that “even though they looked like they had a tremendous day, they only had six bites, and were able to catch 5 of them.”  He went on to say that “the kids worked hard, fishing all the way to their allotted time of 3:00 p.m., and caught them on a mixture of topwaters and soft plastics.”

Following Clepper & Ford were Jack Middlebrook and Kaden Harmann bringing in a 5 fish limit for 13.93 pounds, securing 4th Place.  Kade Lipham captured 6th Place with a solid limit for 12.02 pounds, which was all the more impressive, as his normal partner Kalie Lipham was unavailable for the tournament, so Kade fished solo.

As per the rules of the THSBA, the top three teams from each school or program will have their weights combined for a school total.  Together these three MISD teams amassed a total combined weight of 45.52 pounds, easily outdistancing the 2nd place School by over 16 pounds!

If being the overall Tournament Champion both individually, as well as a Team wasn’t enough of a highlight for you, the MISD Fishing Team for the second time in two tournaments, had 5 Teams in the Top 10.  MISD had Dallas Copeland and Evan Franks come in 7th with a nice 5 bass limit for 11.98, while Tyler & Colby Gelske posted a weight of 10.80 on a pair of Lake Somerville 5 pounders, landing themselves in 8th place.

The next tournament on the agenda for the squad will be at Lake Livingston on Halloween, where the team will look to “scare” the competition off the water.  It will be at Livingston that the Team will look to extend its’ lead in the Conference, while many Individual Teams will be vying for Scholarships and Prizes.