The most amazing event happens every year at this time. It’s the migration of monarch butterflies. There are two populations of monarchs in the United States. One is the Eastern North American population that migrates to Mexico. The other is the Western North American population that overwinters in California along the Pacific coast near Santa Cruz and San Diego. Migration takes eight to ten weeks and depending on the starting point, some butterflies travel over 3,000 miles. Can you imagine this delicate insect traveling through high winds, rain, hail and heavily traveled roads to reach its destination? 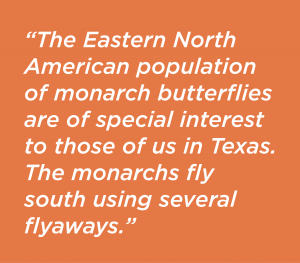 The Eastern North American population of monarch butterflies are of special interest to those of us in Texas. The monarchs fly south using several flyaways. When they reach central Texas, they merge into a single flyaway until they reach their overwintering grounds in the Oyamel forests in Central Mexico.  The forests provide an almost ideal microclimate with temperatures ranging from 32 degrees to 59 degrees Fahrenheit. At night, in order to stay warm, the butterflies cluster together. It’s not uncommon to have thousands of butterflies in one tree.

So how do they know where to go? Scientists believe they use the position of the sun as well as an internal magnetic compass that directs them south towards the equator. As they near their final destination they are able to smell and pickup on social cues to guide them.

So what happens when they reach Mexico? They hibernate until February and March. After hibernation, they find a mate, quickly get down to business and then start heading back up north. They stop many times along the way to lay eggs in milkweed plants. After enduring a long migration south, hibernation, traveling north in the spring and laying eggs along the way, this generation of monarchs dies. These butterflies are considered the fourth generation of monarchs per year.

The first generation happens between March and April when the eggs from the last generation hatch into caterpillars and then become butterflies. They start their journey north to find food. Their lifespan is 2 to 6 weeks. 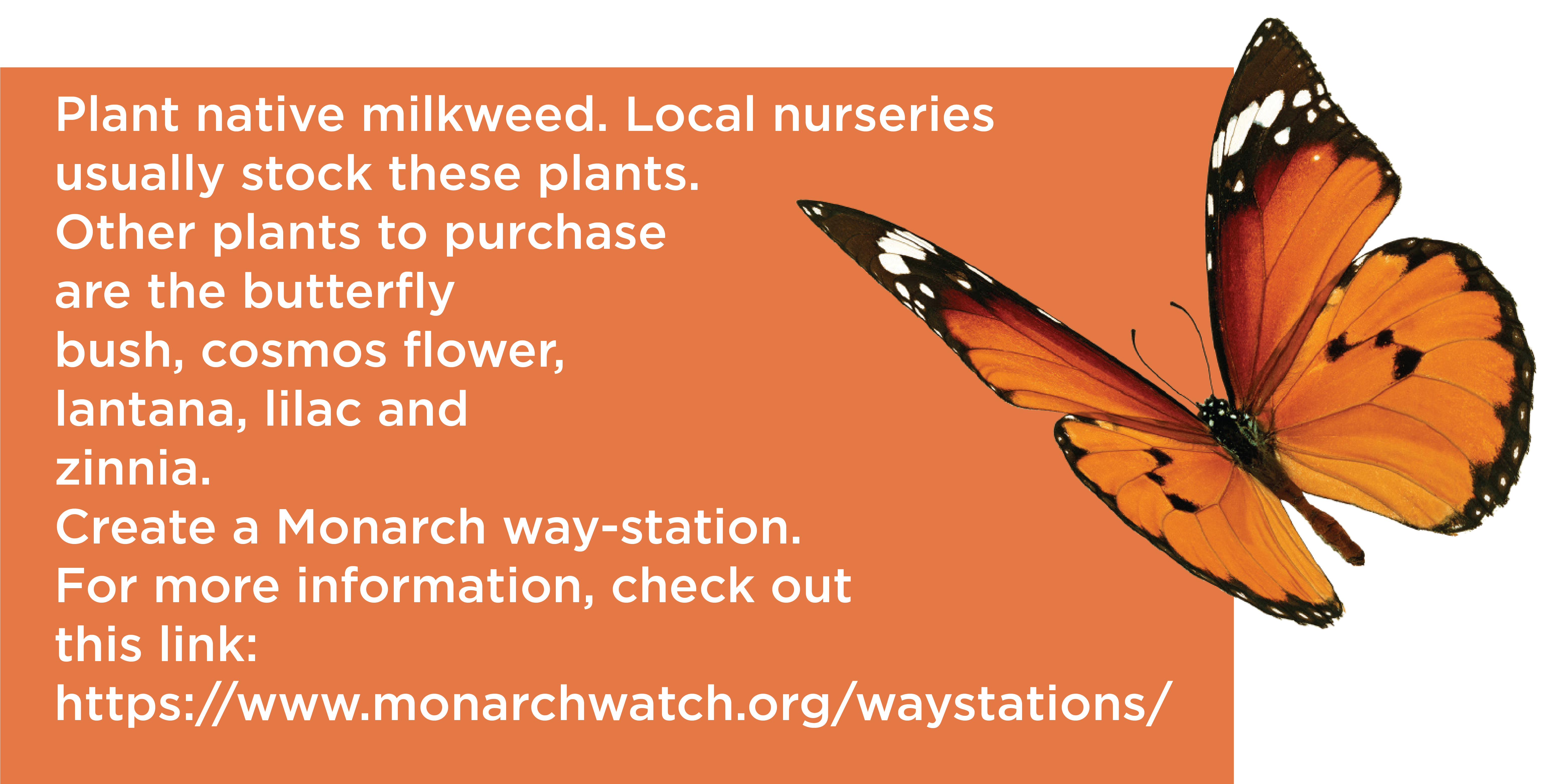 Monarchs are indeed amazing but in recent years, fewer and fewer butterflies have been returning from their migration to Mexico. This is due to habitat loss and extreme weather conditions. Here are some things you can do to help save the Monarchs.