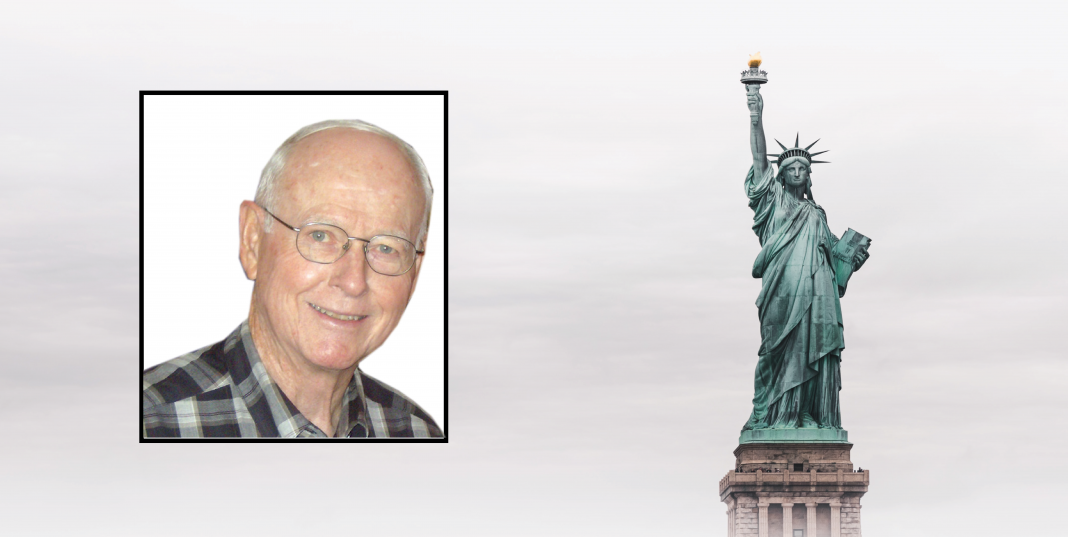 From the Former Chairmans Desk: Bagpipes

From the Former Chairmans Desk: Bagpipes

“Everything You Ever Wanted to Know About Bagpipes” was a music article written by American composer Michael Kurek that appeared in the November issue of The Epic Times. “Perhaps, like me you have been fascinated, even thrilled, when a bagpiper showed up in a kilt at a wedding or funeral you attended. Or perhaps you have heard the raucously festive sound of row upon row of bagpipers in a parade, accompanied by snare, tenor and bass drums. That ensemble is properly called a pipe band.” Kurek posed a question- just how do bagpipes work?

The most commonly seen pipe is the Scottish Highland bagpipe. All pipes are technically in the woodwind family of instruments. It combines a few pipes connected to a bag. The main melody pipe is called the “chanter” and the other pipes are called “drones”. Both types of pipes are in the same family of instruments as the reed instruments. The chanter pipe is similar to the oboe and the bassoon while the drone pipes, which play one note, are similar to the clarinet and saxophone. The reeds were traditionally made from cane but are now often made from plastic. The chanter pipe plays the melody which is pitched to certain scale by covering holes like a song flute while the continuous tone of the drone pipes play only one note. The most familiar bagpipe to most Americans is the Scottish Highland type. It has three drone pipes and a nine-note chanter pipe, with a bag made of sheep or elk skin.

Kurek wrote: “So what is that plump and floppy bag for? It actually serves as a third lung to store air, so it always remains inflated and can play an unbroken, continuous tone. The bags were traditionally made from skins, but they can also be made with synthetic materials now.” Kurek noted that forerunners of the bagpipe existed from 1000 B.C. in Middle Eastern, Egyptian, Roman and Grecian cultures. The earliest appearance in the British Isles was sometime in the 14th century. The 1380 “Canterbury Tales” contained: “A baggypype wel coude he blowe and sowne, And ther-with-al he broghte us out of towne.”

The fabulous uniform of the Scottish Highlandander consists of a tall, ostrich feather bonnet; a highly decorated jacket and plaid kilt, a large bejeweled brooch, horsehair tassels called a sporran and white spats. In WW I, the British adopted 2,500 Scottish comrades to bravely lead the troops into battle from their trenches, while playing the bagpipes. 500 were killed and 600 were wounded. As a result, pipers were forbidden from serving on the front lines in WW II. But on D-Day, one brave piper, Private “Mad” Bill Millin, could be heard through the gunfire on the Normandy Beach. He miraculously survived. Today, nothing is more emotional than a full uniformed piper playing “Amazing Grace”.