Zebra mussels are considered an invasive species, meaning that they are not native to local ecosystems and can cause ecologic or economic damage.  Heres how to prevent them from invading our waters.

Zebra mussels are freshwater mollusks native to Eastern Europe that were first introduced into the U.S. in the 1980’s through the Great Lakes system.  It is widely accepted that large ships from Europe physically transported these invaders via contaminated water stored in the compartment within a boat; ship; or floating structure, also known as ballast water.  Throughout the years, the mussels have spread rapidly throughout the Great Lakes system, down the Mississippi River, and are slowly spreading throughout the United States.  Zebra mussels are considered an invasive species, meaning that they are not native to local ecosystems and can cause ecologic or economic damage.

Some of the negative impacts of zebra mussels include degradation of water quality, the ability to destroy shorelines, severely damage boats, and impede recreation.  Perhaps the most significant impact of zebra mussels is their ability to clog water intake structures or otherwise damage critical marine infrastructure.

Recognizing the importance of preventing the spread of zebra mussels in Texas, The Texas Parks and Wildlife Department (TPWD) implemented a “Clean, Drain, and Dry” campaign requiring boaters to clean their vessels, drain any water contained within, and allow boats to thoroughly dry before visiting another reservoir.  Machinery or equipment capable of containing water includes, motors, bait buckets, live wells, and other storage compartments.  The San Jacinto River Authority (SJRA) is a partner and contributor to the campaign to help stop the spread of zebra mussels in Texas.

SJRA chose to go a step further to help protect Lake Conroe from the introduction of zebra mussels by instituting a vessel inspection program in 2014.  SJRA’s first action was to have three Lake Conroe Division Employees Certified as Watercraft Inspectors through the Pacific States Marine Fisheries Commission.  The next step in this process was to educate and engage our local marina owners of the zebra mussel threat and how they play a pivotal role in preventing their introduction into Lake Conroe.  SJRA requested that marina owners notify us of any vessel arriving from another reservoir before it is allowed to launch into Lake Conroe.  This program would not be effective without the cooperation of our local marina owners.  If a vessel is found to be infested with zebra mussels, boat owners are educated on proper decontamination procedures and required to have their boats re-inspected before launching into the Lake.  Since the program began, SJRA has inspected over 21 vessels from across the country, and the most recent arriving internationally from western Europe.  Through this cooperative inspection process, seven infested boats have been successfully prevented from entering Lake Conroe before being properly decontaminated. 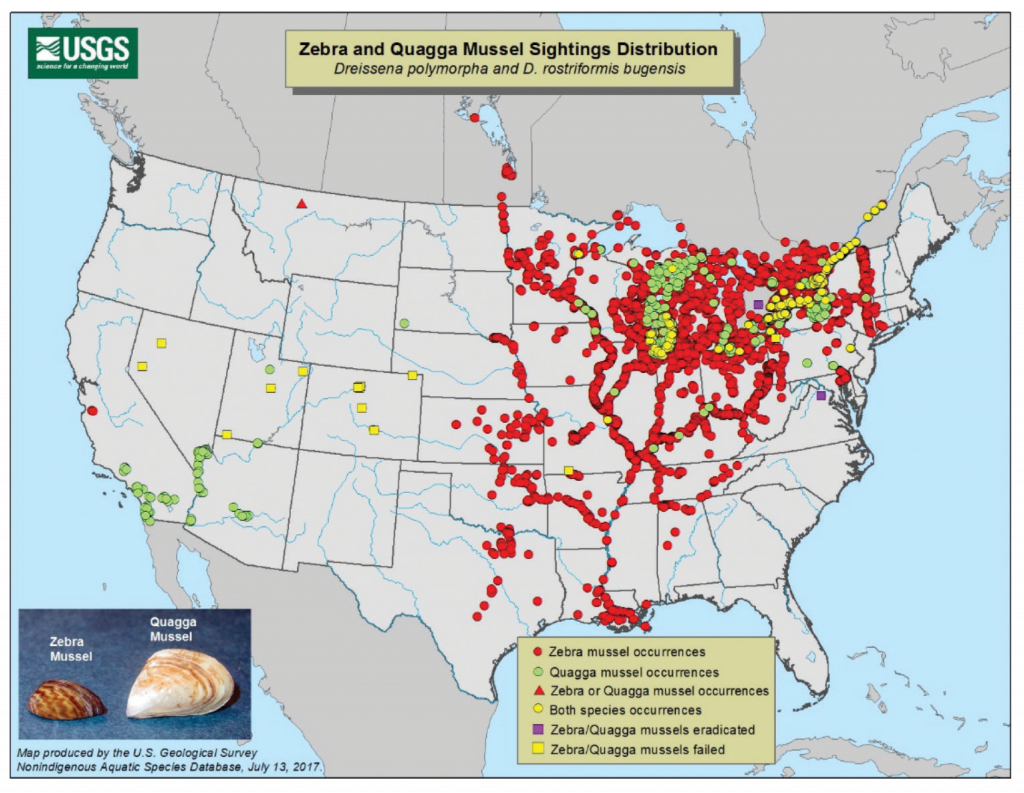 With your help we can continue to stop the spread of these invasive mussels and keep Lake Conroe zebra mussel free.