“Five hundred twenty-five thousand six hundred minutes, how do you measure, measure a year?” The poignant lyrics of “Seasons of Love” from the musical Rent poses this question.  In the early 1990s, Jonathan Larson spent his minutes composing Rent while waiting tables in a diner.  His ultimate dream was to write a rock opera set amid poverty, homelessness, gay life and disease set in the East Village of Manhattan. On January 24, 1996, after the final dress rehearsal before Rent premiered, Larson had his first newspaper interview with a drama critic from the New York Times. A few hours later, he would die from an undiagnosed aortic aneurysm believed to have resulted from Marfan Syndrome.  He never experienced the impact of his opus on Broadway, where it ran for twelve years, making it one of the longest running shows in Broadway history. Rent was awarded a Pulitzer Prize and a Tony Award for Best Musical, Best Book, Best Original Score and Best Performance by a Featured Actor in a Musical in 1996.

Manny Cafeo, director of Stage Right’s production of Rent shares that the musical direction for Rent is brilliantly instructed by Isaiah Owens and elegantly choreographed by Dinah Mahlman. He states that the cast is very passionate about performing a show that relates to some of the characters dreaming of careers in the arts, as well as people with everyday trials and tribulations. Rent is a story that relates the aspirations of a struggling songwriter and filmmaker.  It’s about diseases unwanted and self-inflicted.  It’s about people maintaining strength, hope and dignity when nearing the end of one’s life. The music is strong, passionate, sweet and wild. Most importantly, the story is timeless. Whether you are struggling with a career, raising a family, caring for aging parents, Rent is about life and facing pain and adversity with courage and hope. 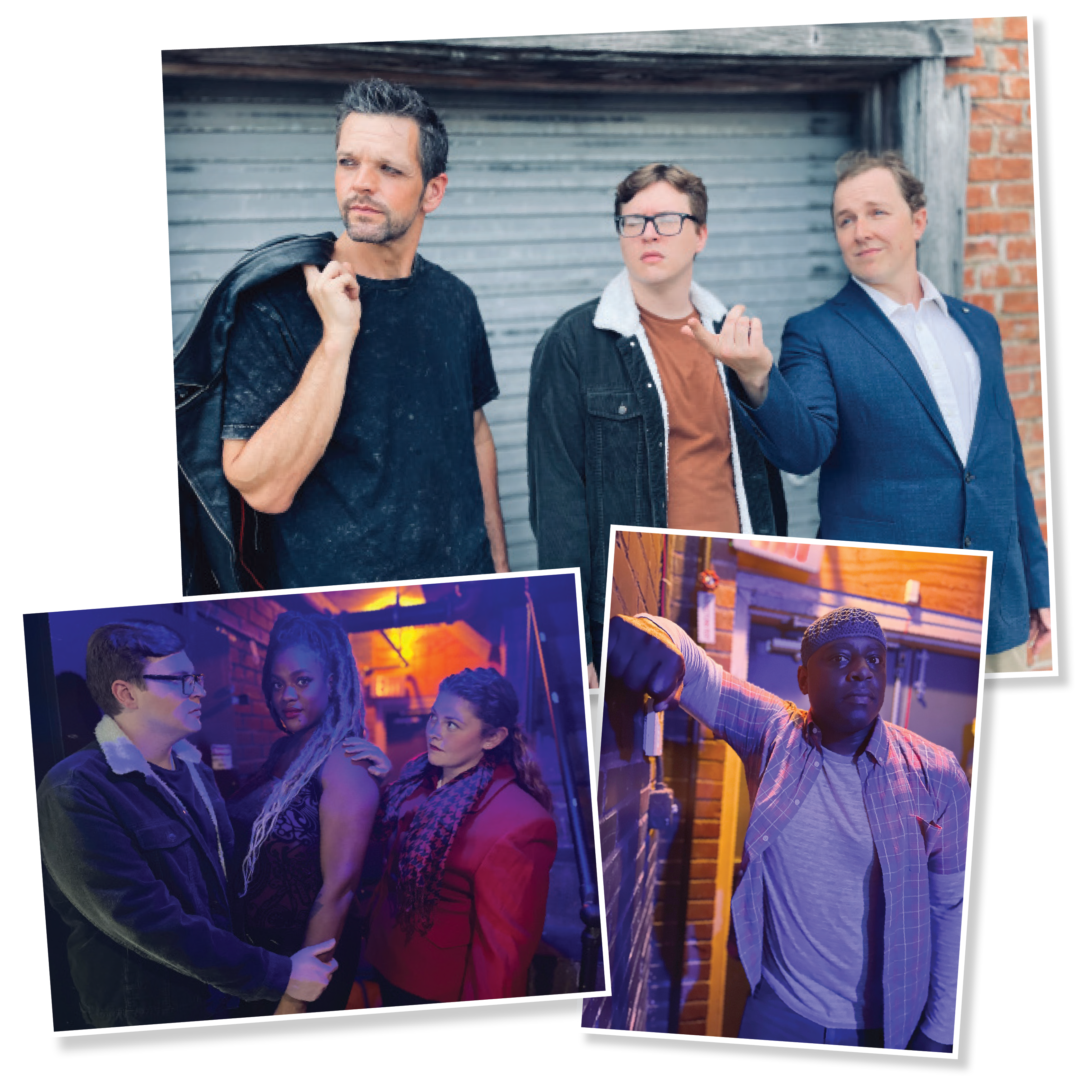 Based loosely on Puccini’s Opera La Boheme which is set in 1800s Paris where people were dying of tuberculosis, this story transitions to the late 1980s-early 1990s in the East Village of New York City as people are dying from HIV/Aids. Rent is also a semi-autobiographical work, as Larson incorporated many elements of his life into his show. Larson lived in New York as a starving artist with an uncertain future. He sacrificed a life of stability for his art, endured poor living conditions and experienced many of the same hopes and fears as his characters. Characters include Mimi, an exotic dancer with HIV, Roger, a songwriter-musician who is HIV positive, Mark, a Jewish-American filmmaker, Maureen, a bisexual performance artist, Angel, a drag queen percussionist with Aids, Collins, a gay philosophy professor who has Aids, Joanne, a lesbian lawyer and Benjamin, the local landlord and former roommate of Roger, Mark, Collins and Maureen. Confronting illness, death, and bigotry with dignity, these characters exemplify life’s struggles, heartbreaks, ambitions and the love they have for one another.

“It’s time to sing out, though the story never ends, let’s celebrate. Remember a year in the life of a friend,” (“Seasons of Love”, Jonathan Larson).

Rent will be performed October 21-November 6, 2022 at the historic Crighton Theatre.

This is an R rated show.  Not appropriate for younger children.